At the Institute of experimental architecture, building construction and technology (studio Karolin Schmidbaur), our mandate is twofold. We are committed to instructing students to understand the behaviors inherent within different forms, materials, construction and technologies so that this knowledge will inform their intellectual approach to the practice of architecture. Yet, we also link those traditions of design, construction and craft with investigations of the changing conditions of contemporary practice and discussion – the possibilities of rapidly developing new materials and technologies, processes and tools, a need for cultural and environmental preservation and larger issues within the discipline. We attempt to understand architecture holistically in its historical and visionary processes – for what is changing are not the principles of architecture but rather the determinants and materials of design.

In studio experiments we link construction back to the act of representation, model building, drawing and the generative moment, exploring the potential contributions of architecture to a changing world. We give space to imagination, interpretation and intuition to relearn the poetics of a space of life: a space that is disconnected from known conventions and free for a renegotiation of its elemental qualities, of poetics that lie within these elemental and universal forces.

Consciously, we search within the in- between, in the reciprocity between the material and the immaterial, the analog and the digital, the poetic and the rational, the intuitive and the factual, the elemental and the innovative, the historic and the visionary, the ethical and aesthetical, craft and technological intelligence. In the synthesis and productive translation between these complementing opposites we create possibilities for reinterpretation and development.

With this reframing – programmatically, technologically, spatially and materially – we look for alternative ways of perception, new dimensions of order that may change our relationship to the world, nature as well as to ourselves.

Gradually, out of this process, architecture, on its own terms, may become, once more, a force through which life is transcribed back into art in order to enhance life.

In design studios we position ourselves at the intersection where free ideas are translated into concrete, materialized architectural prototypes.

Essential to our design methodology is an experimental, open- ended, interpretative design process in which we activate both intuition and analytical thinking through the use of analog and digital tools. We consciously steer a reciprocal process whose aim is the productive translation between media, techniques and readings. We are interested in diversity yet synthesis and wholeness that we invite through the linking of complementing opposites, staging situations for a ‘third image’, a multiplicity of readings to emerge in their in-between. The hypothesis is that the more balance between complementing qualities we can integrate the higher the possibility for creating novel work in the sense of sustainable1, lasting structures that remain alive, valid and open for discovery beyond singular readings or quick familiarization – what in art theory is referred to as a prolonged reception time.

It is the challenge and explicit aim of the studio not to leave design propositions at abstract representations, but to translate them into concrete, modeled and materialized architectural space without losing their essential attributes and spirit.

1 “sustainable” used here as ‘having capabilities with potential for the future’, in German “zukunftsfähig”.

Under the headline ‘Architecture and Consciousness’ (in German ‘Bewusstsein : Architektur’) the studio locates itself in the framework of a larger topic starting with the beginning of the year 2020 that investigates the relationship between the two terms and continues an interest begun in 2017.

Architecture is an expression of consciousness, and outer circumstances as well as our inner processes determine our actions. Our consciousness shapes the world around us just as this outer world influences our consciousness. We dedicate ourselves to the question which possible other forms of spatial perception and dimensions of constructive order may emerge in the investigation of the interaction of these two terms – if we shift the focus from looking outside to looking inside, to the in-between within the reciprocity of processes, to the ‘both and’, to indeterminacies, imprecisions and incongruencies. This includes research on spatial prototypes, material and component research as well as building technique.

In the past decades we have experienced an increasing fragmentation of our world through specialization, digitalization, automation and a general dominance of analytical thinking and values that prioritize progress, growth, image and performance. The light and shadow aspects of such mindsets are widely thematized and the issues of our contemporary practice are witness to its possible dangers: rapid technological progress, urbanization, migration and social imbalances, as well as the need for environmental preservation.

With the digitization of our world and increasing fluidity between real and virtual environments comes also an increasing loss of a sense of the body, of the capacity for the sensitive, sensual perception and experience of our surroundings, of liveliness and life itself.

In the anticipation of future developments new trends and thought models are usually expected from the arts, culture and philosophy. Within the discipline of architecture that is responsible for shaping the built environment we see the possibility for an investigation that combines real phenomena and visionary constructs and contributes to the process of raising awareness for and through the direct quality of that built environment.

The proposed, alternative point of view we would like to test under this thesis, converting it into a methodology for the creation of concrete, spatial prototypes, is not one of a counter reaction against the essences and achievements of the past decades, but one of integration and transformation into the future, and for which we see the cultivation of a heightened consciousness as a prerequisite. 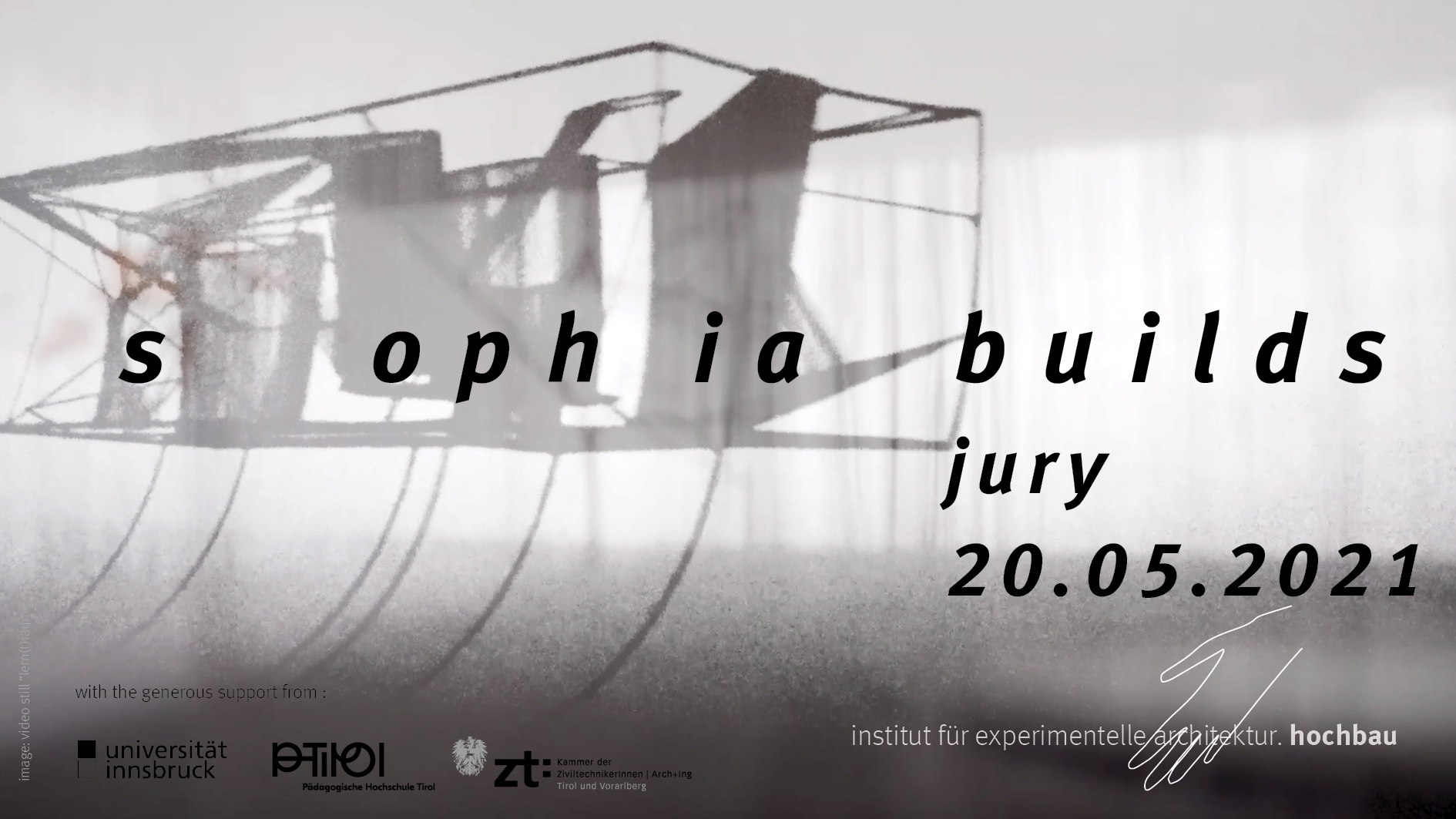 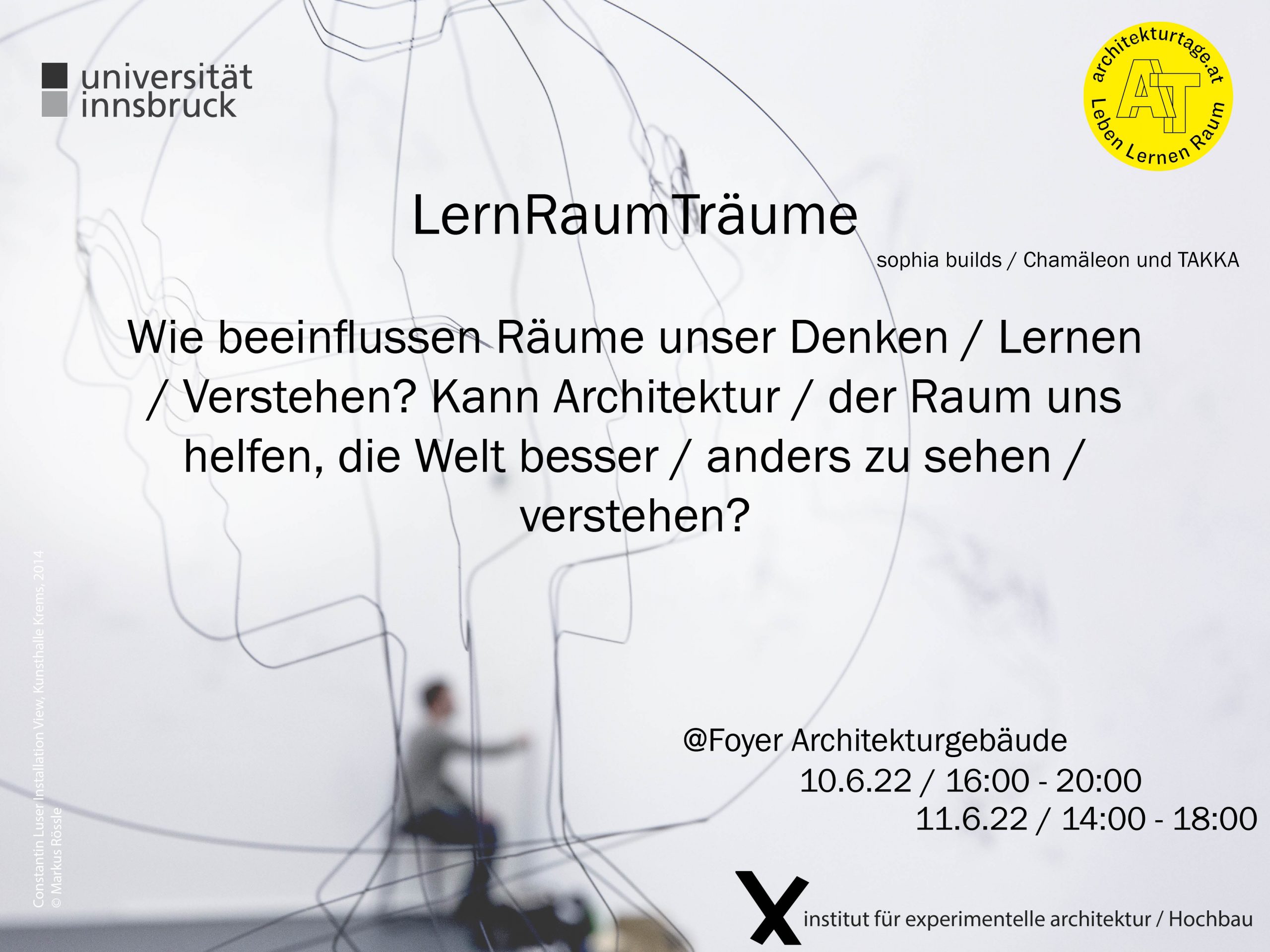